The $111 million, two-year Palantir contract with the U.S. Special Operations Command announced by the company today renews a contract signed in 2016.

Known as the All Source Information Fusion (ASIF) contract, the program has averaged $55 million/year since it was awarded in May 2016. The new award allocates $52.5 million for the first year, with an expected two-year value of $111 million, indicating it isn't likely to generate incremental revenue. 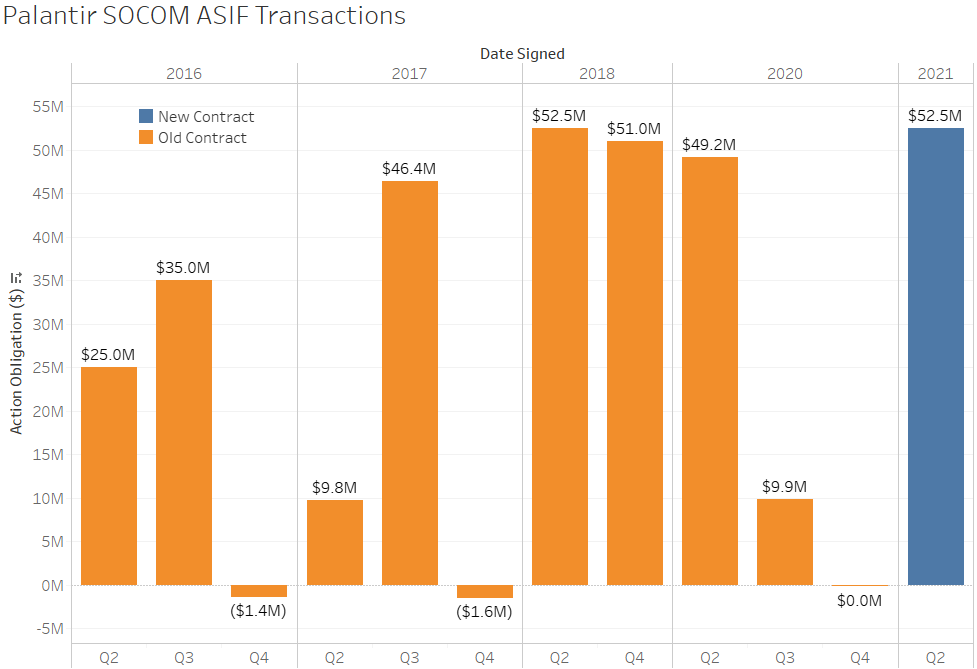